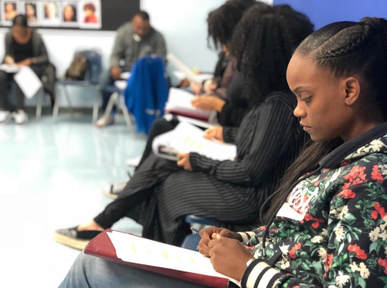 TIME:
6:00 pm - 7:30 pm
​
WHO IS THIS CLASS FOR:
This class is for actors who has successfully passed our Character/Scene Course or for actors who were made eligible after completing their mock audition. For actors Ages 16+

INFO:
In our Power 6 Acting Class, there will be four or less actors in each session. This means more work time for you in each session! Some of McKinnon Acting Studio's Core Team members will also be participating in this class. So you'll get to work on your skills with actors who have been on Primetime Network television! Similar to the ADVANCED FILM/TV group class, you will work on Film / TV audition technique and learn branding and marketing tools to grow as an actor. Some book work will be included in this session. The actors in this group will focus on Co-Star, Guest Star, and Series Regular roles for television. We will also work on lead and supporting roles in films.


​PRICE:​
$60 / 2 Sessions
FREE MOCK AUDITION FOR CLASS PLACEMENT
The mock audition is for actors who have never been to our studio before or have never taken a group acting class. The mock audition is free! Below you can select a slot for you to do your Free Mock Audition for our team to determine if you will be placed in our Advanced Acting Class or Character / Scene Study Course. 10-min slots are available on Saturdays between 11 am - 2pm to do your Mock Audition. Once you secure your date and time below, within 24-48 hours, our team will email you scenes for you to choose from to do your audition.
​​Questions or Concerns? Email us at admin@mckinnonactingstudio.com.
“Mark has helped me determine and realize what my "brand" as an actress is, in a very successful, unique, and casting- agent- drawing way!  And perhaps most importantly helped me to see my true potential as an actress. Since studying under Mark I have booked several high paying gigs!”
-Ariel Lewis