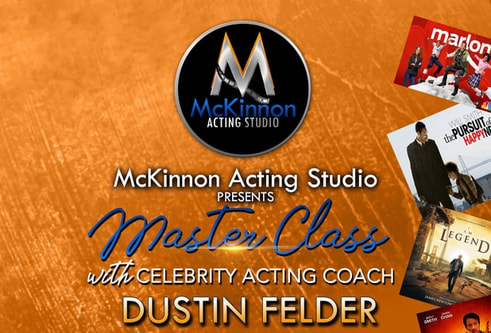 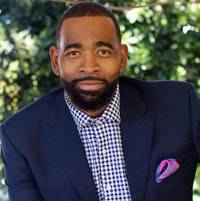 Dustin Felder is the go-to acting coach for superstars in Hollywood. Dustin Felder’s films have amassed more than 1.7 billion dollars in international box office sales to date. In 2005, Dustin entered the world of coaching and coached Will Smith’s son, Jaden Smith, in the Academy Award-nominated and Golden Globe-nominated feature film Pursuit of Happyness. In 2007, the Smiths turned to Dustin to coach daughter, Willow, in the blockbuster I Am Legend.Also starring Will Smith, Dustin coached Will’s son, Jaden, in summer blockbuster The Karate Kid. Dustin was the acting coach for the Academy Award-nominated film, Straight Outta Compton, directed by F. Gary Gray, chronicling the lives of hip hop legends NWA, released in 2015.

Equally impactful in the world of television, Dustin was the acting coach for the ABC sitcom, My Wife and Kids. His ability to evoke emotion from veteran actors Tisha Campbell, Jennifer Freeman, and Noah Gray Cabey, quickly propelled the show to a #1 ranking. Dustin coached another Wayans family show, Second Generation Wayans, which aired on BET. Most recently, Dustin is the acting coach on NBC’s Marlon, now in its second season.
In addition to the Smiths, Dustin’s clientele includes the actor/rapper Common (LUV), Marlon and Shawn Wayans, Usher, Bryshere Gray (Empire), and Keith Powers. Dustin’s success as an acting coach is rooted in his mastery of various acting techniques, mastery of discovering and developing of an actors brand, his dynamic understanding of character analysis, as well as his own experience as a child actor with recurring roles on the Emmy Award-winning Law & Order, My Wife and Kids, and dozens of national commercials.
Register for this Workshop
INTENSIVE INCLUDES:
FORMAT FOR ADULT SESSION:
The Master Class for adults will start with a talk about the Business side of acting and a brief Q&A with our special guest.  Each actor, one by one, will get to perform a monologue of their choice. After receiving coaching and feedback, the actor may be asked to do the monologue again. All other actors in attendance will be able to watch your performance live on a screen while you're auditioning.

FORMAT FOR YOUTH SESSION:
The Master Class for the youth will have each actor, one by one, go in front of the guest to perform a monologue of their choice on-camera. After receiving coaching and feedback, the actor may be asked to do the monologue a 2nd time. All other actors in attendance will be able to watch your performance live on a screen while you're auditioning.

How to Prepare:
All actors must arrive to the Master Class with a monologue of their choice, memorized and prepared.

​PLEASE NOTE:
*It is your responsibility to prepare your materials well in advance of the intensive. We highly recommend you have your monologue off book to get the most out of the feedback and coaching from our industry guest.