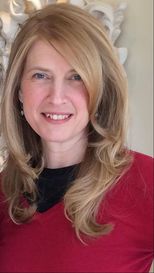 Kimberly Skyrme is a Casting Director and Producer who has been in the business for 27 years. She recently completed Regional Casting for the STARZ Original Series The Girlfriend Experience which will be shooting in Washington DC this May. She also Produced and Cast the comedy pilot Bennie’s starring Eight time Emmy Award winning actor Ed Asner with Joe Esteves and Tonye Patano with a Guest Appearance by Oscar Award Winning Actress Cathy Moriarty.

In addition to Producing and Casting the Feature Film, April Come She Will with the producer and director of Bennie’s, Kimberly is also producing the Musical Comedy with writer|director Peter Bogdanovich, One Lucky Moon, a screwball high jinx comedy and The Hive a Psychological Thriller with writer|director Paul Lingas. She is developing three original series and Executive Producing a Slate of Feature Films.
Kimberly was the Casting Director and Executive Producer of the feature film TRI, which screened the prestigious Director Guild of America Theatre in New York as well as numerous Festivals domestically and internationally garnering rave reviews.

Her professional membership includes of the Casting Society of America, She is also a member of several Women in Film Chapters (NYWIFT) (WIFV-DC) (WIFTA) as well as Women in Film and Televisions International (WIFTI) which she dedicates her time as Co-Chair of the International Board of Directors. Kimberly is one of the founding members of the Television, Internet & Video Association (TIVA-DC), and The Peer Awards. In addition, She is dedicated to preserving Films made by women and sits on NYWIFT's Women's Film Preservation Committee.
​
Her philanthropic work over the years includes, The New York Junior League and Junior League of Washington DC, New York Dancing Classrooms Gala Committee as well as her current Advisory Board Member at the National Conservatory of Dramatic Arts in Washington, DC, Advisory Board Chair of AEMS - Arts Education in Maryland Schools and The Creative Strategist on the 10th Year Anniversary Board of the Chesapeake Film Festival.
Kimberly frequently lectures, nationally and Internationally about The Casting Process, Audition Techniques and various aspects Independent Film Production, locations  include American University, Stephen’s College and the Bhutan International Festival.